Posted on April 29, 2017 by agirlushouldknow

Purpose of Arrival: The purpose of going to Kaledon was to rescue Miya Talgal, a known fixer and arbiter for several systems around Pelagos Station. She is being held by the Bloody Kree for ransom.

Bloody Kree Raiders: Led by “Red Jack”, these raiders preyed on areas around Pelagos Station. They specifically aimed to raid the regular stagecoaches (the nickname for transport routes through the larger area of space). Having taking tens of thousands in credit and material they are wanted for robbery, murder, kidnapping and various other crimes. The current price on their head was for $50,000 credits for Red Jack, and an additional $10,000 for each confirmed member. Each member has a blood dipped feather tattooed on themselves.

The Captain received a request from Tolen to rescue a Miya Talgal. Miya had been captured by a Mo’tar Raiding Band named the Bloody Kree and they had settled on Kaledon. The raiding band had the single warp gate covered with two Ant class corvettes.

Forceable extraction via normal means was unavailable and Miya had left orders she was to never be ransomed. This leaves extraction through the use of a ship that can enter and exit system in stealth mode. Once they alert the Mo’tar, they will have approximately 72 minutes to extract themselves.

The location of the Kree is in a taken over ski chalet. The floor plan is below: 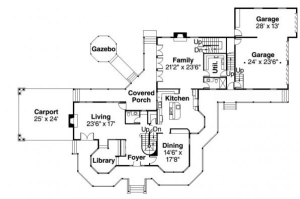 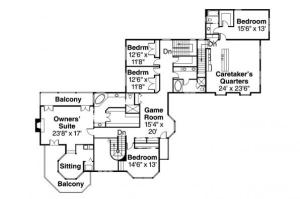 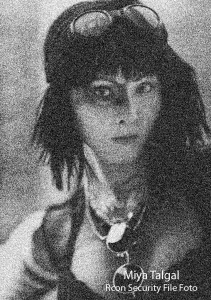 She was being held in the upper floor of the house. She was watched over by Red Jack and 15 of his people, plus an Infantry Walker.

We exited our home system and the trip there went fairly fast with no mishaps. Will was not “excited” by how fast Rose was traveling, so she adjusted her speed for him. We arrived in system approximately 0200 and took a Echo class sweep of the system. We arrived planetside approximately 2000 where Vanth, Will, Damien, Illiana, Cesta and Ezelle disembarked on a shuttle.

Upon arrival of the planet they landed approximately two miles outside of the chalet and approached on foot. They came across some placed anti-personnel mines in the snow which they circumvented. They then performed a sweep up the back stairs and into the  caretaker’s quarters.

During this time they eliminated 3 individual Mo’tar and split up. Will and Cesta stayed below and the rest went above. Some sort of mishap occurred when Illiana shifted and she ended up through the floor. While they cleared the caretaker’s quarters of three, Will was made invisible by Cesta and took out the walker by sneaking up and removing the power coupling as the pilot slept.

Vanth, Damien and Illiana then secured the backroom with Miya in it. They confirmed that Red Jack was the person in the room they had dispatched and they freed her. Meanwhile Will chopped apart the last fighting Mo’tar, after the rest had fled.

The team shortly thereafter left planet with Miya and arrived back on Rose, where we left system with our target secured.

A middle-aged transgender gamer woman who grew up so poor it was only po. Who works in a white-collar job, graduating late in life. The most important part is I am married 29+ years to a wonderful husband and I have a pretty cool one-eyed cat named Tally the Pirate Queen (or Bitchy Princess depending on her day).
View all posts by agirlushouldknow →
This entry was posted in Session Reports and tagged captains log, kaledon, miya, mo'tar, red jack, session. Bookmark the permalink.

This site uses Akismet to reduce spam. Learn how your comment data is processed.